Conserving Biodiversity; Why is This Important?

Conserving Biodiversity; Why is This Important? 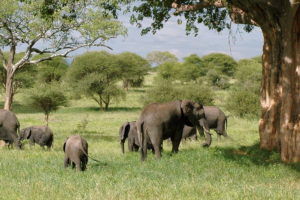 Biodiversity means diversity in life. In simpler terms it means the total varieties of animals, plants and birds on planet Earth. Wider the diversity means perfect our eco system. Our ecosystem makes life on earth easier and healthier. It is a balance of all natural resources and their proportion with respect to each other. It keeps all natural resources including mountains, glaciers, rivers, seas, volcanoes, soil, deserts, plains and other types in their limit. Otherwise they all might have mixed with each other making this world a piece of disaster. So our concern is; if a true biodiversity conservation a real goal. It means can we conserve biodiversity.

How to conserve biodiversity?

We can conserve biodiversity by avoiding every step that may kill a living being including plants, animals and birds. It does not mean we let every living being go even if it harms us like snake, scorpion or lizard. First we have to check which animals, birds and plants population is a minimum in number. They are called endangered species. They are those living beings for whom this planet has not remained congenial for living.

There is wildlife conservation service in every country. Both governments and conservation groups try hard to retain biodiversity. But environmental degradation makes it difficult for many endangered species to increase their population.

What is environmental degradation? It is a state in water, land or air where natural features of each are reduced by external encroachments of various elements not good for them.
They may be in air, land or water. If something disturbs the natural features of land we say it a land pollutant. If it hits air we say it air pollutant like poisonous gases that come from vehicles and factories. If something harms the water we call it water pollutant like various chemicals that come with effluent of factories.
So, environmental degradation makes life difficult to survive on Earth.  Living beings don’t have clean air to breathe, pure water to drink and safe land to live on it. As a result various living species get weaker and sick. Most of them die earlier than their natural death. While many species with small population go to the brink of extinction. Then wildlife conservation groups and activists declare such species endangered and take extra efforts to conserve them. So to make biodiversity conservation a real goal we need to control environmental degradation that is main cause of concern.

Development means make life easier. Life is made easier by facilities. They may be transport, buildings, gadgets, machines, equipment or anything that makes life happier. For building industries, energy generation units, hotels, resorts, homes and offices we need to construct buildings and install machineries. Here biodiversity gets big hit during the process of digging, construction and installation of machinery. While digging many living beings inside the soil may be crushed. So developers need to do thorough review of impact assessment on biodiversity before starting a project. Collectively it is called environmental impact assessment that is mandatory in all the countries of the world by green laws. But owing to poor enforcement mechanism of green laws in many countries many developers do their development projects without any environmental impact assessment and nobody notice their violation. In short we need to control environmental degradation and make our development sustainable in order to make biodiversity conservation a real goal.

biodiversity Climate Change environment environmental protection
This entry was posted on Monday, June 27th, 2016 at 2:28 pm and is filed under Uncategorized. You can follow any responses to this entry through the RSS 2.0 feed. You can leave a response, or trackback from your own site.